The Australian Government Department of Education, Skills and Employment has engaged the Australian Federation of Modern Language Teachers Associations (AFMLTA) to develop a National Languages Plan and Strategy for languages education in Australia, with the aim of increasing language learning in schools. First Languages Australia is a project partner.

As part of the consultation, Teachers of Aboriginal and Torres Strait Islander languages are invited to participate in a 1-hour online focus group on 14 September at 6pm AEST.

The focus group will be an opportunity to provide feedback on the draft goals and recommendations to be included in the development of the National Languages Plan and Strategy.

First Languages Australia is is pleased to announce the release of the report on the first stage of Yalbilinya: National First Languages Education Project supported by the Department of Education, Skills and Employment. The project aims to support the development of Indigenous language teachers and the teaching of Aboriginal and Torres Strait Islander languages in schools through:

The Report on Best Practice Implementation of the Framework for Aboriginal Languages and Torres Strait Islander Languages is now available for sharing with your colleagues.

Read more: Report on Best Practice Implementation of the Framework for Aboriginal Languages and Torres Strait...

New funding of $22.8 million for the ILA program

We are very pleased to share news of the announcement today by Minister Ken Wyatt and Minister Paul Fletcher of $22.8 million in new funding for Indigenous languages. As part of the Commonwealth Implementation Plan for Closing the Gap, the funding will include additional support for existing language centres and the establishment of three new language centres.

The Ministers’ press release states that:

Extra funding of $22.8 million for the ILA program will include:

Minister for Indigenous Australians, the Hon Ken Wyatt AM MP, said that strengthening languages is central to achieving outcomes across all Closing the Gap targets, including in health, early childhood, and employment.

“Language is fundamentally important for Indigenous Australians, including for non-speakers,” Minister Wyatt said.

First Languages Australia will share more detailed information about the distribution of the funding once it becomes available.

Through the 2020, First Languages Australia has worked with partners to collate information around the implementation of the Australian Curriculum Framework for Aboriginal Languages and Torres Strait Islander Languages.

This work is the first of three pillars in our national education project being funded by the Department of Education, Skills and Employment.

The information shared has been compiled into a draft report for your reveiw.

We are inviting our education colleagues to check the sections relevant to them and provide  comments, additions, suggestions and changes by the 15th March 2021 – so that they can be included in the final report.

Read more: DRAFT Report on best-practice implementation of the Framework for Aboriginal Languages and Torres...

The Deep Time project team may potentially reach out to community researchers to collate stories from around their regions and hoping that languages centres will be able to identify appropriate people.

This email address is being protected from spambots. You need JavaScript enabled to view it.

You are invited to join a discussion around the implications of the 2020 National Indigenous Languages Report (NILR) for Aboriginal and Torres Strait Islander people, educators, policy-makers, policy implementers and policy evaluators. The discussion is hosted by the ARC Centre of Excellence for the Dynamics of Language (CoEDL), the Centre for Aboriginal Economic Policy Research (CAEPR) Australian National University, the Australian Institute of Aboriginal and Torres Strait Islander Studies (AIATSIS), and First Languages Australia (FLA).

As part of our ongoing work in the area of training and career development for Aboriginal and Torres Strait Islander people working in language programs, we are interested in creating a registry of people currently engaged in this work. This will cover all roles from language experts to administration, research and project managers and will include volunteers, contractors, part and full time employees.

The aim of the registry is to help us provide support for people in whatever role they fill - through targeted information services, training opportunities and the chance to meet and share with others working in a similar role. The registry could also potentially be a way to connect language centres with employees holding specialised skills and interests. We are also keen to hear about any new skills or training you would like to access if the opportunity comes about.

This will help our organisation to provide support, information and skills development appropriate to the needs of the different worker groups in this industry. Sharing of your details publicly will be optional.

Please feel free to give us a call if you have any questions or suggestions about the registry.

Contribute your details here via this online survey, or on this PDF form.

First Languages Australia have started work on an Aboriginal and Torres Strait Islander Languages project which has been funded by the Commonwealth Department of Education, Skills and Employment. This is to be run jointly with the Training and Career Development for Language Workers project, funded by the Department of Infrastructure, Transport, Regional Development and Communications–Indigenous Languages and Arts program.

These projects will build on the information in our 2016 Report Nintiringanyi: National Aboriginal and Torres Strait Islander Language Teaching and Employment Strategy. The result of the new joint projects will be a comprehensive Government-backed strategy for the learning and teaching of languages, and training and career development covering all areas of language work. The content of the final report will reflect the knowledge, aims and ambitions shared by the language centres and community programs, supported by research and innovation from a pool of partner organisations.

One of the first steps is to hold a national video conference for language centres and programs, to begin talks around training and career development for language workers. As a starting point, we have compiled a list of the relevant training opportunities currently available into a summary document that can be downloaded here.

A video conference to initiate the conversation was held on Thursday, 11th of June at time 11.30 EST. The discussion agenda is below, and meeting notes are available here for reference.

Minyahgu to all of you in our network who are trying to continue with such important work while facing the necessary restrictions around contact and travel.

We would like to invite you to This email address is being protected from spambots. You need JavaScript enabled to view it. if you feel that we can be of any help at all, but in particular we can offer support in the following ways:

Language classes at a distance

First Languages Australia and the Pertame Language Project invited people to participate in a video conference to connect, hear and learn from each other about creative ways we can continue our language teaching through digital platforms. COVID-19 presents a huge threat to our old people, who often are the sole holders of our precious language knowledge. Keeping our old people safe is the number one priority. How can we also make the most of this extra time many of us have to learn and teach our languages?

This will allow us to expand on the work that went into the publication of Nintiringanyi: National Aboriginal and Torres Strait Islander Teaching and Employment Strategy.

A project outline can be downloaded here.

As we begin the next round of discussions we would like to hear from you about which parts of the project are most relevant to your region. We would also appreciate your advice as to who would be key individuals to contact within your state or territory.

This email address is being protected from spambots. You need JavaScript enabled to view it. if you would like to be involved in the discussions, or for further details.

Since June we have been working with DFAT to support language advocates and artists to visit a range of Australian consulates around the world. Here are some of the stories from this shared project… 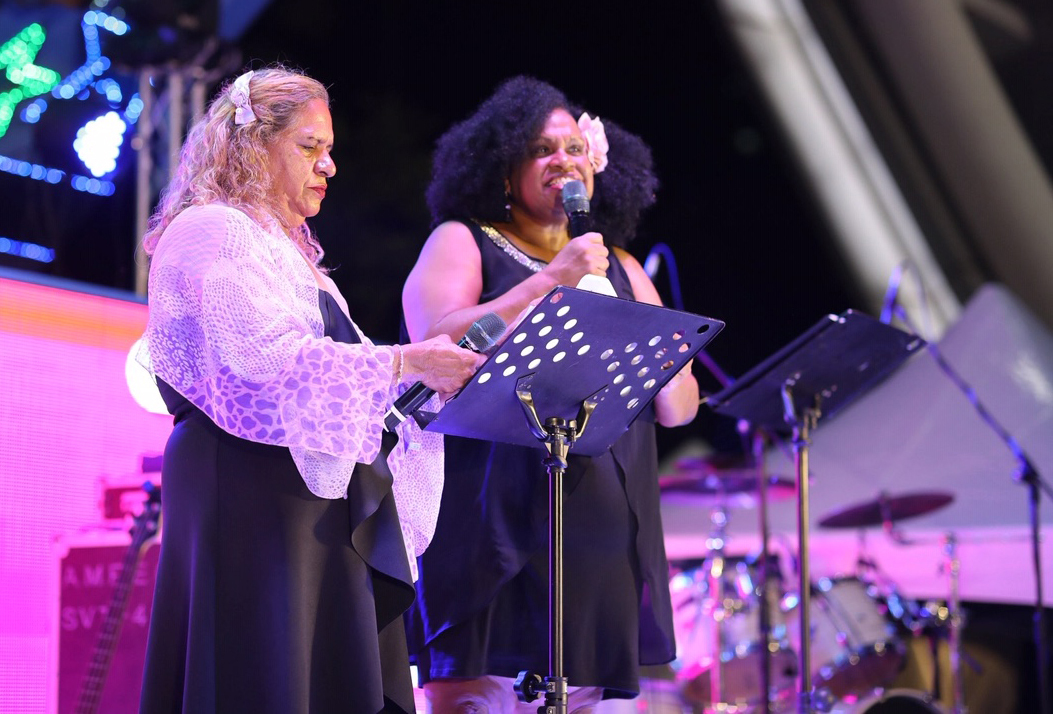 Have you been following our Young Champions Profiles commissioned by ABC Life?

Here are the latest...

Striving for success in all we do, strong culture.

To celebrate the International Year of Indigenous Languages First Languages Australia has been invited to host a selection of speakers, local language lessons and panel discussions at the Woodford Folk Festival.

If you are one of the 130,000 plus people planning to attend, look out for us there.